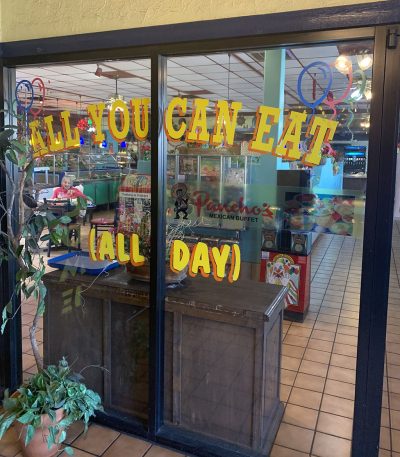 For those who grew up with Pancho’s Mexican Buffet, there were few things that spiced up a meal like raising the small red, white and green flag at the table to signal that we needed another taco or a couple of sopapillas “on the house.”

That experience delighted thousands of the young and young at heart as the all-you-can-eat cafeteria-style Pancho’s restaurants expanded from El Paso to other Texas cities and into Louisiana and southwestern states. At the empire’s high-queso mark there were at least 140 Pancho’s restaurants around the country, according to The Times-Picayune of New Orleans.

Now there are only four locations — in the Hobby Area Management District at the corner of Almeda-Genoa and the Gulf Freeway; in Humble and two in the Dallas area.

But for people who grew up in a world where the legendary Mexican buffets were ubiquitous around Houston, it feels like the Almeda Genoa store is Pancho’s last stand.

“We’re a family restaurant and still famous for our sopapillas,” manager Maria Paz said. “And we still have the little flags, with a server on the floor ready to take care of the customers.”

In a one-story building in the parking lot of the strip center at 11560 Gulf Freeway, the restaurant welcomes customers with bright blues and yellows and pop-up signs advertising special pricing ($7.99 for customers 60 and older on Mondays and Tuesdays). Regular price is $15.99 for one diner, $24.99 for two).

Walking in, you can feel authenticity, beginning with the brown Saltillo-tile floor and walls decorated with Talavera tiles, the familiar hand-painted Mexican tiles.

In addition to being famous for each table having the more-food flag, whose colors can be found on the flag of Mexico, Pancho’s is well-known for its menu that includes quesadillas, fajitas, tamales, enchiladas, flautas and tacos.

There’s also a salad bar, including traditional salsa options to spice up everything.

The first Pancho’s opened in 1958. The El Paso restaurant was founded by Jesse Arrambide Jr., who learned how to make Mexican dishes from his mother. He served as a cook on a U.S. troop ship during World War II, which gave him experience with preparing large quantities of food and led him to create a buffet-style restaurant.

After several years of success, Arrambide turned his energy toward creating the restaurant chain. The company eventually moved to Fort Worth, and by 1988 there were 55 Pancho’s outlets. 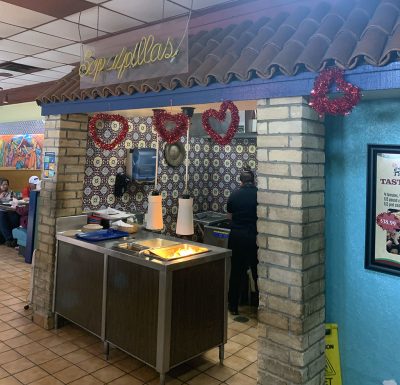 Arrambide died in 1993 at age 67. His company, which traded on the NASDAQ stock exchange, has changed hands several times since.

At the Almeda-Genoa location, Paz, the manager, talked about how busy the restaurant is, even in the so-called quiet hours.

“We have a lot of senior citizens come to eat here,” she said. “It’s busy, it’s going good.”

Loyal customers enjoy the simplicity and consistency of the menu, she said.

Take-home plates are available at the drive-thru and can be ordered in advance on-line at www.panchosmexicanbuffethouston.com/ 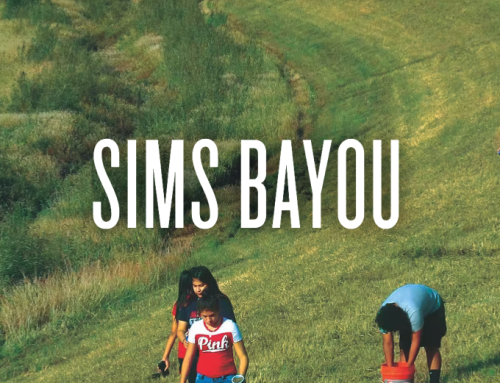