The Hobby Area District is ramping up police patrols and investing in new and better technology, like mobile surveillance cameras that capture clearer video, as the nation hopes to get emerge from the COVID-19 pandemic and get busier again. 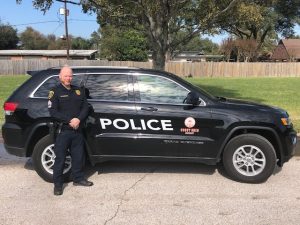 “The area has been a little bit neglected over the past few years, but I’m excited to start cleaning it up,” Garcia said. “By providing a visible pro-active police presence, we’ll be able to let the bad guys know this isn’t a safe haven anymore.”

Along with the increased police presence, the District has also started placing Mobile Surveillance Units— each trailer with several surveillance cameras mounted on a pole to capture 360-degree views of an area — throughout its territory. 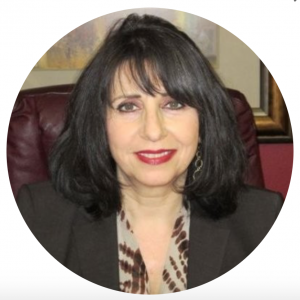 And the Mobile Surveillance Units get results, according to Helen Perrone Bonsall, general manager of the DoubleTree by Hilton Houston Hobby Airport hotel.

“We were able to pull the video for three separate incidents in our parking lot and that helped a lot,” Bonsall said. The videos were turned over to HPD for investigations.

“I (also) think it was also a powerful deterrent that kept people out of our parking lot when they didn’t belong,” she said.

Bonsall was so invested in the well-being of the area around the hotel that she helped create the District and is a member of its board.

“It was just a no-brainer to form a management district that could enhance our area and bring in additional security and improve it aesthetically,” Bonsall said. “All of that will spur economic development and all the businesses in this area can use more economic development.”

She noted that Hobby Area District was the force behind the recent infrastructure and beautification improvements along Broadway Street. 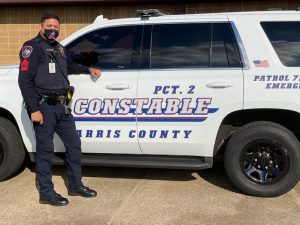 “Our plan is for them to go into businesses and introduce themselves and when criminals see the abundance of officers in the area, it will deter some of the problems we’ve been having,” she said. “It’s going to be a tremendous help.”

Like Bonsall, Constable Garcia knows that a decline of some parts of the district were gradual rather than sudden — and that it will take a long-term concerted effort to revitalize them.

Garcia has also set his sights on helping homeless people in the area. Although homeless encampments are a problem across the city, with downtown being hit the hardest, there are clusters near Interstate 45 that Garcia is addressing with humane programs.

“We’re forming a homeless outreach team to help, because these are people are just like you and me. A lot of them have mental health issues and we can’t just throw them in jail, that’s not the right solutions,” Garcia said. “We have to build trust and develop relationships with them because no one has really reached out to them.”

Instead of contributing to the revolving door of arresting/jailing/releasing and re-arresting homeless people for non-violent crimes, Garcia has pledged to help get homeless people mental illnesses to a treatment facility near and utilize the county’s “wrap-around” services to help the people who want help getting housing, counseling and nutrition.